We finally have lift off! | News

All of the latest news from Petrus

Back to the articles

On Sunday 11th October, our Housing First Project Worker Jane was finally able to take to the skies for her sponsored wing walk!

We’re so delighted to reveal that through incredible generosity, Jane has raised £2,265 for our charity to go towards supporting people experiencing homelessness.

But it wasn’t all plane sailing for Jane who was taking on this hair-raising challenge to mark a decade of working at Petrus.

Back in August, Jane was set to tackle her fundraising attempt but due to bad weather, she received the dreaded news that it was postponed until September.

Then September came along and once again, Jane was told her wing walk was not to go ahead until October.

“With the weather only getting colder, I literally checked the forecast every day. I was convinced it was going to be cancelled last minute.” Jane said when we caught up with her.

“When I got a text the day before, I was sure it was going to be off again. So I was both relieved and terrified when I realised it was a message telling me they were looking forward to seeing me.”

“It was finally going ahead!”

When Jane arrived at Breighton Aerodrome in Yorkshire the next morning, joined by her partner, children and work colleagues, the plane was sat warming up and awaiting her arrival.

They watched as the Boeing Stearman PT-17 Kaydet model travelled higher and higher in the sky for a dummy run.

“At the time, I was wishing I hadn’t watched it as it was going higher than I expected. I really don’t like heights, so it just made me even more petrified!”

It became a different story during the 10 minutes Jane was 15,000 feet in the air, travelling at 140 miles per hour while strapped to the top of the manoeuvring plane.

“I could hear my family and team cheering me on as the plane lifted into the sky and began to climb. I tried to look for them below, but it was just so fast… the world just looked like a green patchwork quilt.

“The pilot did dips, turns and a vertical drop and the second I was back on the ground, I felt so made up that I’d done it. I loved it from start to finish.”

Watch as Jane takes to the skies!

“I can honestly say it’s one of the best things I have ever done and I 100% recommend it to anyone thinking of taking on a challenge.”

“Although the weather had finally been so clear, it was so cold up there and it took me about two hours to warm up afterwards. But then I think about how people living on the streets endure terrible, cold conditions daily – especially during the night.

“That £2,265 raised through people sponsoring my fundraising challenge equates to the cost of 2,265 warm breakfasts for individuals sleeping rough. Or it could be the cost of around 280 thermal gloves and hats for people experiencing homelessness this winter.

“I want to say the biggest thank you I could possibly say to everyone who supported me. I’m so pleased and overwhelmed by the generosity. Your money really will help some of the most vulnerable people and families experiencing difficult times.” 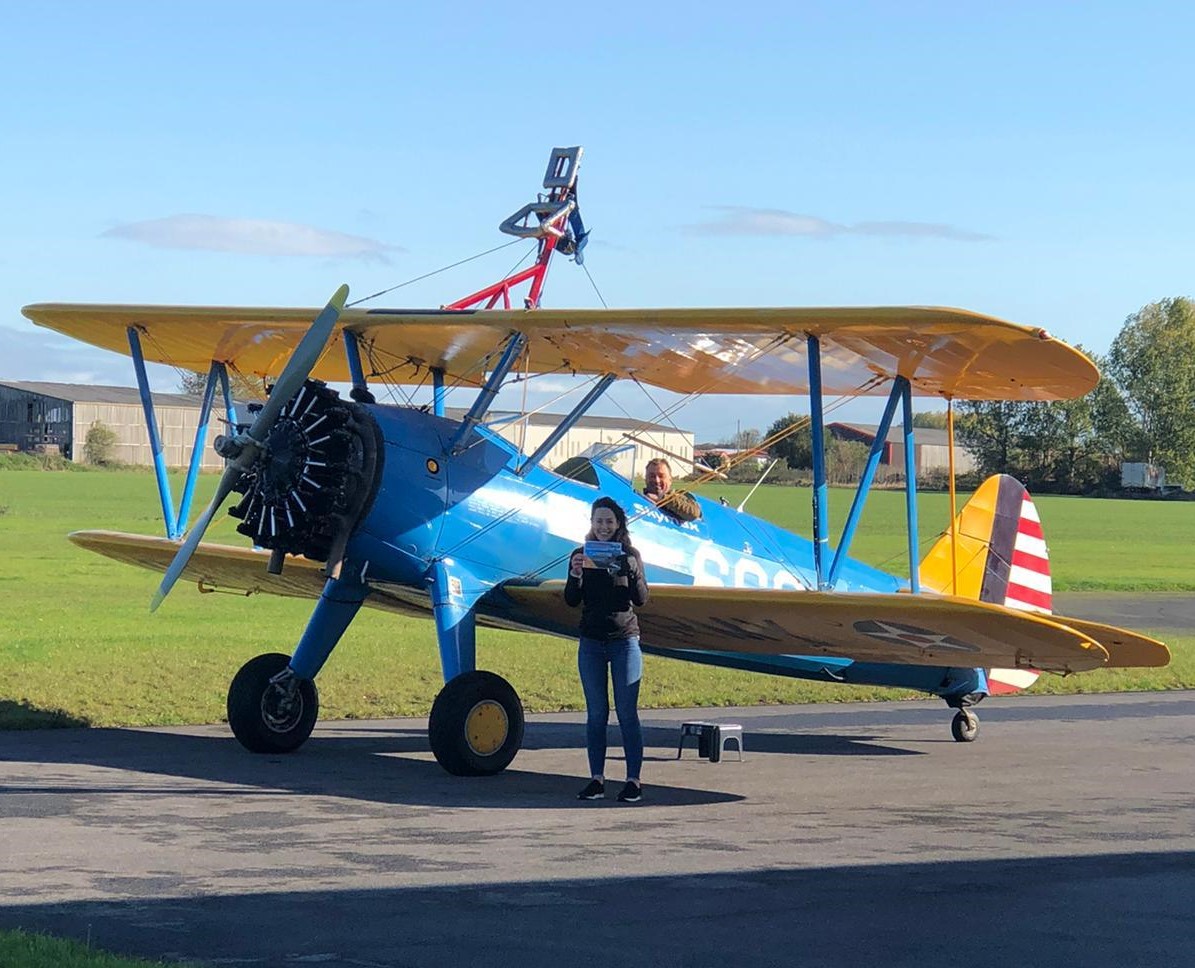 At Petrus, as we’re doing everything we can to keep one another safe, we’re unable to host events and gatherings that would allow us to raise funds. So fundraising like Jane’s really support the work we do.

We’re so grateful to everyone who supported Jane to reach 90% of her target.

If you’d like to support Jane’s wonderful achievement and help her fly above her fundraising goal, please donate at www.tinyurl.com/janeswingwalk

Or to support people living on the streets this winter through donations of hats, gloves, scarves, blankets and tents, contact our team on 01706 526 289 (Mon-Fri, 9am-4pm) to arrange drop off at our Hub (73 Great George Street, Rochdale, OL16 1QG).