50 years of Petrus: Paul on volunteering at Liverpool Crypt in the 80s | News

All of the latest news from Petrus

Back to the articles

For our charity Petrus, 2022 marks 50 years of supporting vulnerable people in our communities facing homelessness, inequality and in housing need.

Over the years we have grown and adapted to meet the needs of those we’re here for and societal changes but what remains is our volunteers and staff’s same passion and drive.

But it was in Liverpool where we first began our mission to end homelessness back in 1972.

We have been fortunate to catch up with Paul, who volunteered for Petrus back in the 1980s at Liverpool’s Crypt. Read his account of his time below. 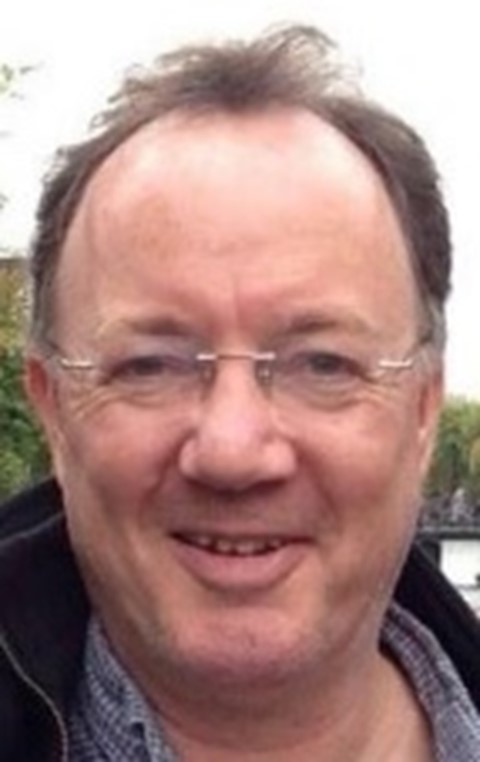 On finishing university in the summer of 1983, I was looking for a role in social work in its broadest sense; a job where I could gain experience in trying to help others. A small column in The Guardian from David Matthews, Head of Petrus at the time, asked for interested applicants to apply to work as a volunteer in the Crypt night shelter below the Metropolitan Cathedral in Liverpool. I applied and was accepted.

The arrival in Liverpool from my Fenland home was something of a culture shock. I called into a market hall to buy eggs on my way from Lime Street Station to the Crypt volunteers’ shared accommodation at Huskisson Street and was asked if I wanted them “sunny side up.” I hadn’t really come across that kind of humour before. Much more was to come, starting with the enquiry from the sex worker sitting at the bottom of the steps that led up to the door whether I was there on business! Within days we knew each other by name as she and her colleagues became a peripheral part of my daily life.

On meeting my fellow Crypt workers, John, Cath, Derek and Christine among others, it was soon explained to me that our role was different to that of the volunteers working further across town at Shaw Street. The Crypt was not open to homeless people in the daytime, primarily being there to provide emergency overnight accommodation (although there were many regulars). Shaw Street, on the other hand, seemed to provide semi-permanent accommodation and was open during the day. I remember there being a distinct feeling amongst the Crypt volunteers that our job was the ‘real’ homeless work compared to that at Shaw Street. Looking back, I guess we needed to have a strong self-identity given the challenging nature of our job, but in any case, there was no real rift with the Shaw Street volunteers, with whom we often socialised.

The Crypt was no looker as a building, the only clue its presence being the heavy, secure door set into the side wall that ran along the bottom of the cathedral building which visitors never saw. There were no windows. Inside, a corridor led to the men’s dormitory to the left and the canteen/ TV room on the right. Almost immediately ahead lay the workers’ office, sleeping accommodation and small kitchen. There were two hatches, one facing out into the corridor from the office for use during the night, the other used to serve food through. The whole setup was cramped, gloomy and oppressive. It was also cold. It spoke volumes that this was the best option that our residents had.

I can’t exactly recall our shifts, but I think there were two; approx. 4-10pm and 10pm-8am, with two volunteers on duty each time. The first of these involved cleaning using harsh bleach, preparing the evening meal, booking the men in, and making sure everyone was settled for the night. The second shift was spent dealing with any problems that arose overnight, making breakfast (toast and tea) and more cleaning. The men would then leave the building and the doors would be locked as we made our way home to cook bacon before crashing out.

The role of David Matthews, as far as I can recall, was to try and manage some sort of casework with the men at the Crypt. I remember discussions about some of the men moving on to Shaw Street, which may have been meant to act in some cases as a halfway house on the road to permanent accommodation, this probably being conditional with an ability to reduce their drinking. Such was the range of needs exhibited by Crypt residents, however, that this must have been a very challenging area of work. For many of the men, long-term alcohol dependency, poor physical health and mental health issues were significant barriers to achieving any kind of independent living.

As volunteers, our daily experiences at the Crypt were often stressful. We were not trained professionals, and policies and procedures as such hardly existed. The best way to learn was take advantage of more experienced volunteers’ knowledge, and during my time this came from John, who had been working at the Crypt for a few months. Violence or the threat of it were commonplace, with mistrust between the men, high levels of alcohol intake and mental health problems continually proving a toxic mix. Generally, we employed a combination of humour, gentle persuasion and polite firmness to keep the peace, but sometimes the police were called. On one occasion it was concluded by some of the men that another of the service users was a paedophile. This led to great tension with the confines of the shelter and escalated into an attack one teatime when an attempt was made to stab the alleged child-abuser. Seeing this, I leapt through the serving-hatch and placed myself in-between the knife and its intended victim. “Don’t stab Paul!” shouted my co-worker Cath, and the knife was withdrawn. I don’t ever remember a volunteer being harmed by one of the men, but I have often looked back in astonishment at my instinctive actions.

As Petrus volunteers, we only received a small living allowance alongside our accommodation at Huskisson Street, and it was probably not surprising that our lives mirrored those of the men who used the Crypt in some ways. I am afraid to say that we would often take first pick from clothing donations from the Salvation Army, including in my case a black two-piece suit that I wore for many years: I justified it to myself by saying it was too small a size for any of the men. As soon as a couple of days off came, we retreated to the pub to relieve often considerable build-ups of stress. ‘Purple nasty’ was our drink of choice – Snakebite and blackcurrant. We were a close-knit group of young people, working and living hard.

What was Petrus achieving through this work? Probably more than I realised. Continually firefighting the consequences of chaotic lives was very tiring, and at times disheartening, but that alone was surely of value. We also represented some form of stability, and non-judgemental support. Most of the men were effectively alone in the world, with broken relationships and family ties long behind them. In some ways we were their family, and there were many warm relations between us. At its best it was a reciprocal shared human experience. I also assume that David Matthews was working on achieving better outcomes away from the intensity of existence at the Crypt for the men where it was possible. I remember talk of at least one resident being offered a flat of his own.

Petrus recently came back to mind while watching the ‘Ambulance’ series on TV set in Liverpool. The dark streets at night, unmistakeable accent, togetherness and unique humour brought it all flooding back, and that led me to photographs taken in the early 1980s by Frank Downes. I have chosen my favourites. 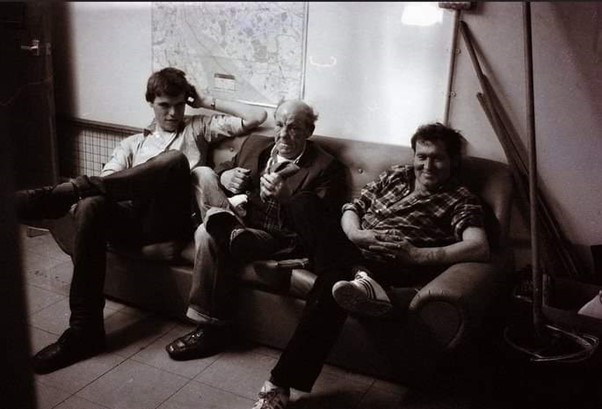 This one taken inside the Crypt sums up so much. The young volunteer on the left could have been any of us. I think that David Matthews is on the right alongside ‘Nuggy’ who we supported. A loveable rogue for most of the time, he’s probably offering to take on the person holding the camera! 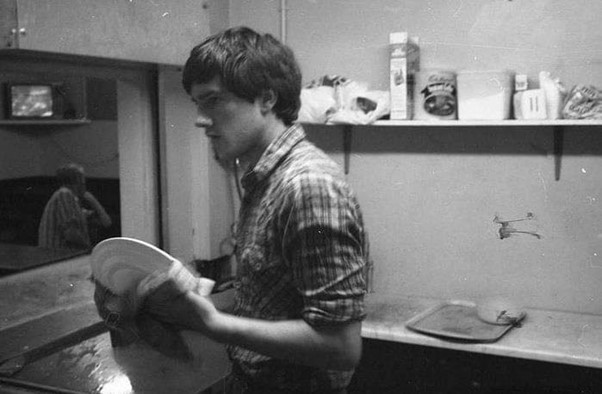 The Crypt’s kitchen and serving hatch 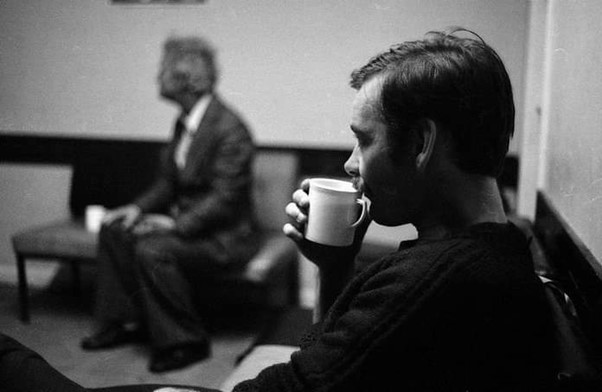 Not all residents were middle-aged or older 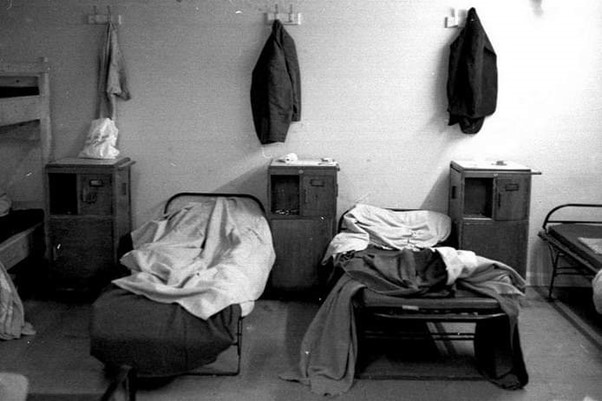 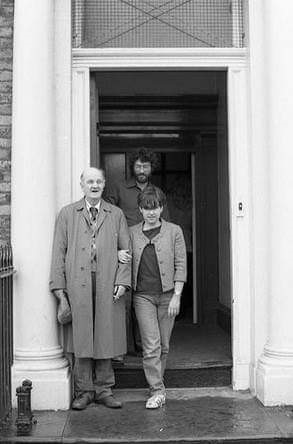 One from Shaw Street

I hope that this has given an insight into what Petrus was doing nearly 40 years ago in Liverpool. Working at the Crypt gave me a grounding in working with people in crisis that I will be forever grateful for, and I wish the organisation that gave me that opportunity all the best for the coming years.

Have your own story of working for or volunteering at Petrus like Paul? We’d love to hear from you as we mark our 50th year of helping people in our communities. Get in touch at petrus@petrus.org.uk

To recognise 50 years of supporting individuals, we're hoping to raise £50,000 to fund future work we do with vulnerable people. If you or any businesses would like to donate, visit petruscommunity.enthuse.com/cf/petrus50